As a traveler, there are few things that cause more anxiety than emergencies at home while I am thousands of miles away.  My husband has a laid back temperament, while I have a tendency toward the dramatic.  His calm attitude often comes across more as a lack of concern altogether, which often sends me into the stratosphere.  My last post “Buns on the Table” detailed my journey to Beckley, WV at the beginning of the week.  I ended that post by reading a fortune cookie that said “You will pass a big upcoming test”.  Ha!! Little did I realize exactly what that upcoming test was going to be.

Living in Florida, we are always aware of the potential for tropical storms and hurricanes between June 1 and November 1 of each year, with the prime intensity occurring during September and October.  We always stayed tuned to the news and I have several weather apps that I follow when on the road.  Hurricane Matthew started rearing his head toward the middle of last week, though the models had him way off the coast of Florida as he passed by.  This meant we would probably see some wind and rain, but nothing to be concerned about, so I continued with my travel plans to Beckley.

With the weather update on Monday, the path changed and Matthew, now expecting to be a Cat 4, was starting to take closer aim at us.  My anxiety started to increase as my travel plans were to be in Beckley until Thursday then, fly to Gainesville, FL Thursday afternoon and drive home on Friday evening.  The timing of Matthew would put me in a hotel as he approached North Florida on Friday.  I did not want to be stuck in a hotel, alone, during this storm.  It was important to be around my family.  If nothing else than they needed to feel the anxiety I was feeling – kind of like a “share the wealth” moment.  Needless to say I changed my travel plans to get home before the storm.

Now that was taken care of, I had to start preparing.  Since I was in WV, this meant barking orders to my husband from six states away at all times of the day or night.  I will give him loads of credit, because I would have stopped answering the phone on call #3 for sure.  I gave him list after list after list.  I was so worried that he wouldn’t get everything that I made him face-time me so I could see the supplies.

Over the course of

the next few days, my anxiety grew.  With each update, the path of Matthew was moving west, with the path coming closer and closer to my home town.  The one and only hurricane I had ever been through was Wilma in 2005 and from what I was hearing that was nothing compared to what was looming on the horizon.  I finally made it home Wednesday evening right before the flights started to cancel.  We were now in a race for time.  The storm was expected to begin impacting us Thursday afternoon.

There was so much to do in addition to the shopping.  We had to shutter the house, dig out the generator,

fill our gas cans, pack our pictures and albums, etc.  Probably the hardest thing to do was to convince my husband that all of the crap he had been accumulating on the side of the house and our patio needed to be moved into the garage.  This included a 40 year old riding lawn mower that died 20 years ago.  Why on earth did we still have that? Getting this into the garage was no easy task.  First of all, the thing hadn’t run in at least five years (Chuck would say 2 or 3, but he’s kidding himself) and the tires were dry-rotted.  Second of all, it was on my back porch and behind my “red-neck” fence with no gate.  I won’t even try to describe the fence.  (The picture is worth its weight in gold.) Needless to say, we had to push that monstrosity around the house.

I am from Kentucky and very proud of it.  But anyone driving by our house would know instantly and a redneck lived in our house – and not just any redneck.  Our house looks like it belongs to one of those Jeff Foxworthy rednecks.  You know – “you might be a redneck if…”.  Now we don’t have any old appliances on our porch, but I do have one in the garage.  My husband keeps insisting that it should be on the porch or side of the house.  I swear if I ever come home and see it out there, I am moving!!

Thursday evening arrives, as does Matthew.  It starts out like any thunderstorm, fairly windy with showers here and there.  The sun pops out occasionally.  With the shutters up, we can’t see outside, we can only hear the sounds.  Every 10 minutes or so, Chuck goes outside.  He wants to watch it.  He is worse than a toddler sometimes.

For the first few hours, its not really that bad.  But then, the rains and the winds begin to pound us.  Our lights and cable flickered on and off throughout the evening.  We were glued to the news to see how it was progressing and watching it was making me nuts.  I had to do something to keep myself occupied and off of my husband’s nerves.  So I did what any crafter would do in that situation, I pulled out my scrapbook materials and started working on an album.  I made some good progress before the lights went out for good.  I was at the dining room table throughout the night, working away while listening to our house creak praying the roof would hold.  Chuck and my daughter gave up and went to bed around 1 am.  There was no way I could sleep.  So I continued crafting with my two schnauzers at my feet trembling and my cat sitting on my lap. 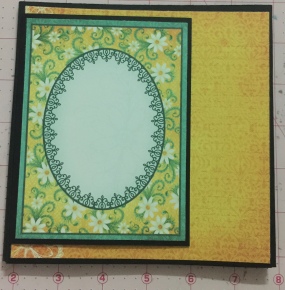 The worst of the storm hit us around 2:30 am.  I am sitting at the dining room table with my 3 animals completely in the dark listening to the war raging on the outside.  It sounded as if our roof was being pelted with boulders.  The wind was howling louder than I had ever heard it before.  The front door was rattling like someone was trying to shake it open.  I could hear the rafters moan wondering how much longer would it hold, how much longer could it hold.  At that moment, I don’t know who was shaking more – me or the animals. Though my husband and daughter were still sound asleep snoring almost as loud as the hurricane raging around us.

Finally, the noise started to die down and the lights flickered back on.  The cable was gone, but I had my phone.  The news showed the storm had weakened and t 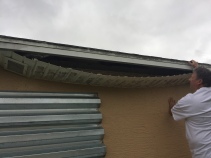 he eye was now north of us.  Hell yeah it was weaker.  It must have wore itself out beating up on my house!!!  I had enough, dug out some sleeping pills, and went to bed.  I woke up on Friday morning to calmer skies and a phone ringing off the hook with friends and family checking on us.  We ventured outside to begin assessing the damage.  I was holding my breath considering what I had heard just a few hours earlier.  To my surprise and much relief, we had minor damage that could be repaired within minutes.  Gazing down the street, there were trees down and fences obliterated, though my redneck fence survived quite well.  Our lights were on, though cabl

e and internet would be out for most of the day.

As Friday progressed, the weather calmed and the sun started to come out by late afternoon.  I was very antsy and decided to drive through town.  I saw more of the same, trees and fences down but very little structural damage.  Some businesses throughout our town were open, though most remained closed.  As I drove further down US1, I saw the glow of my favorite orange sign – Hobby Lobby.  It was still standing and open for business.  We could now relax because all was right with the world.

Earlier today, I was chatting with some friends and sharing stories of our night with Matthew.  We all agreed that along with purchasing endless cases of water, bags of ice, bread, first aid supplies, etc we would also make sure our checklist would included an endless supply of wine.

One thought on “Redneck Fences, Hobby Lobby, and an Endless Supply of Wine” 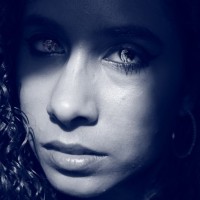 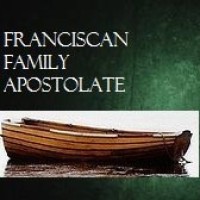